Giovanni Antonio Boltraffio was born in Milan in 1467 and learned the craft from none other than Leonardo da Vinci in the Milan workshop, which he joined in 1491. Between 1500 and 1510 he created a painting, possibly modelled on Giolamo Casio, a famous poet from Bologna and friend of Boltraffio. The painting, now called "Portrait of a Youth holding an Arrow", shows a finely dressed young man holding a detailed arrow in his right hand.1

Because of the exact representation, it is possible to make a modern interpretation of this arrow. The special feature of the representation is the level of detail, which allows us to create the arrow as it is shown in the picture. At the beginning, the missing winding in the area of the feathers catches the eye. This suggests that the feathers, for which goose or swan feathers would be suitable, were glued to the shaft of the arrow. This is a very unusual production method for this period. The glue is probably hide glue. Only afterwards the color can be applied. According to the contemporary technique for paint colors, egg tempera is used according to Cennini's recipe.2 Egg yolk, water and linseed oil are the basis of the emulsion, which is mixed with the appropriate color pigments.

The decorative rings (crestings) are clearly recognizable in the portrait, but it is not possible to determine which color or even material should be depicted. Opinions from art historians were sought, which resulted in three different variations: Gold leaf, silver leaf or white egg tempera color.

Unfortunately, the portrait does not show the other half of the arrow, so only guesses can be made about the tips. Such a richly decorated arrow is most likely to be described as representative, which makes it most likely to be used for sporting archery or for passing the time in higher social classes. For this reason, simple historical target points are found on the shafts of the interpretations. 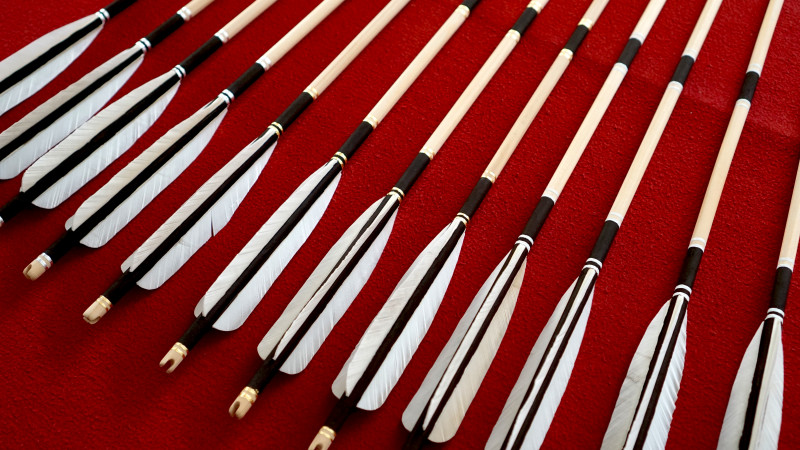 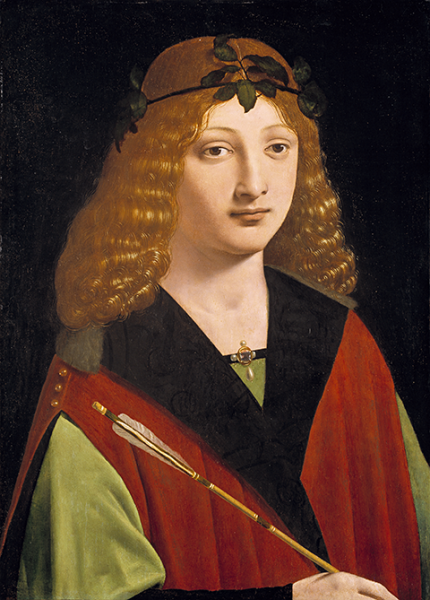 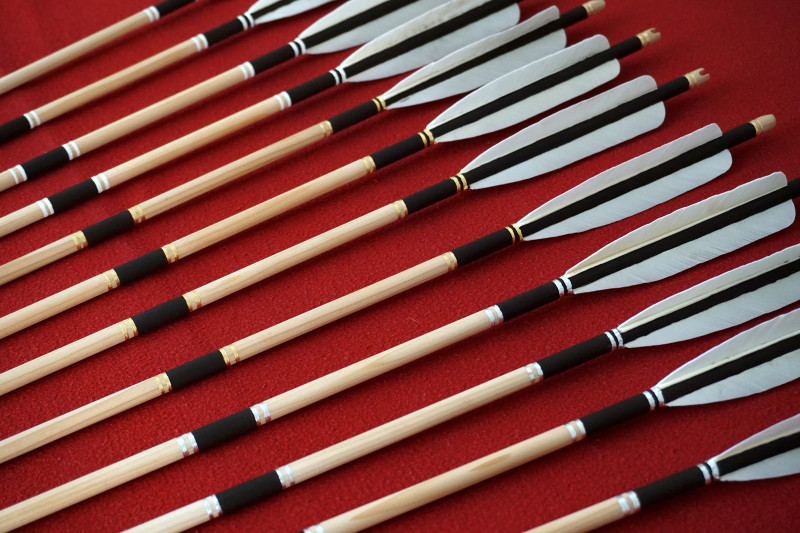 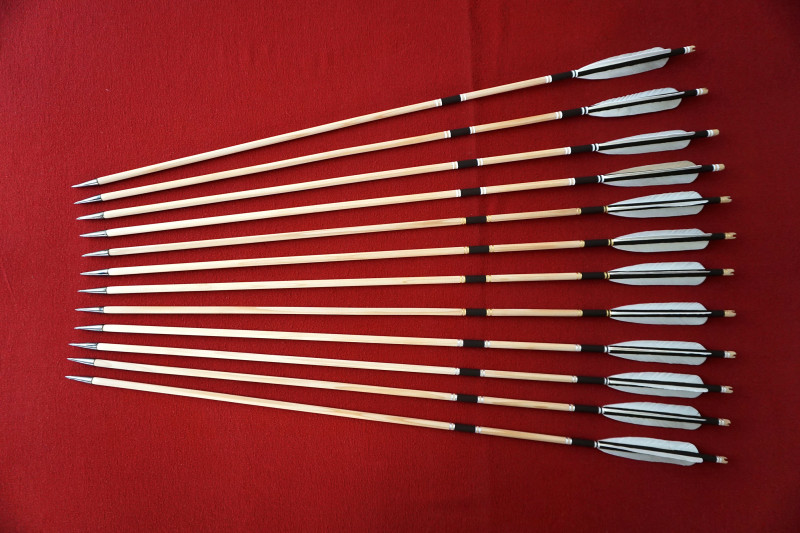 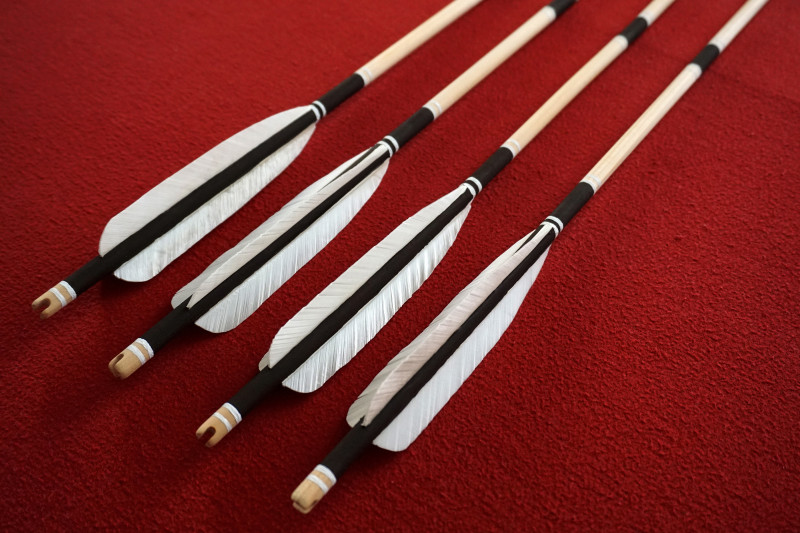 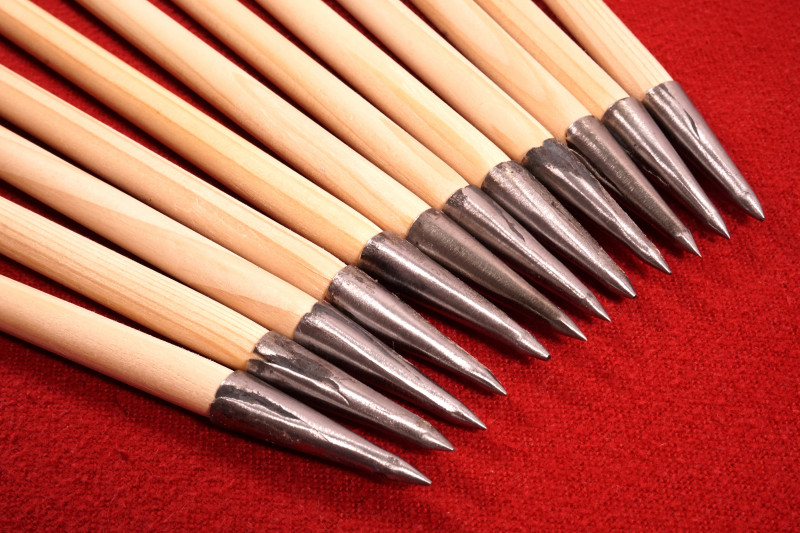