Reconstructing 14th century arrows is proving difficult, as we have no archaeological finds, written sources are silent, and even historical illustrations are of little value. The only exception is the Wilton diptych, created at the end of the century. Therefore, we are in the dark as to what arrows looked like in the 14th century and what materials and raw materials were used. Regional differences, moreover, do not allow us to generalize a "type" of arrow.

So, for the following interpretation, I use the information we have from before and after the 14th century. A variety of different woods are suitable for the shaft, in this case barrelled poplar shafts. The points (by Hector Cole) are equally variable, there are numerous archaeologically confirmed options for this.

The greatest uncertainty is with the fletching. While goose feathers can be considered fairly certain, the hand-spun linen yarn is a guess. We know that linen was used before. However, it might have been too early for silk, as it was used in the 15th century. But there may already have been regional differences. Linen is less dyeable, yet there is a possibility that red dyed yarn was already used for these arrows as well.

However, the greatest peculiarity is the mixture that makes these arrows an early form of the late medieval Verdigris mixture. It is a compound of beeswax and animal fats. The feathers are pressed into this compound and fixed with the thread. In the process, the thread presses deep into the mixture. What is in dispute is the copper acetate, which is detectable on later arrows and gives the fletching area the typical shade of green. Since this is not detectable for most of the 14th century, I process the mixture either with or without it.

However, I suspect that the intention to use the copper acetate allowed this mixture to be developed. In the case of protection against mechanical damage, birch pitch is just as suitable, and it is also easier to work with. The wax-fat mixture with its consistency is not an adhesive, but in my opinion only the binder, so that the copper acetate could be applied. 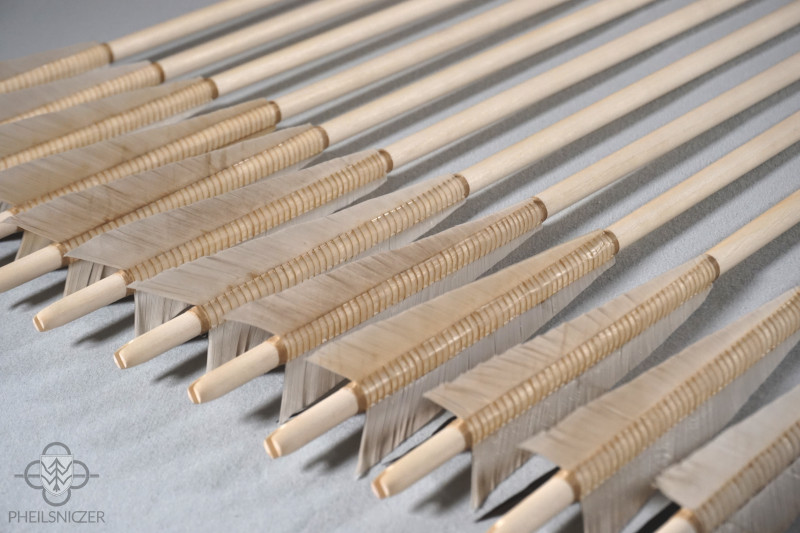 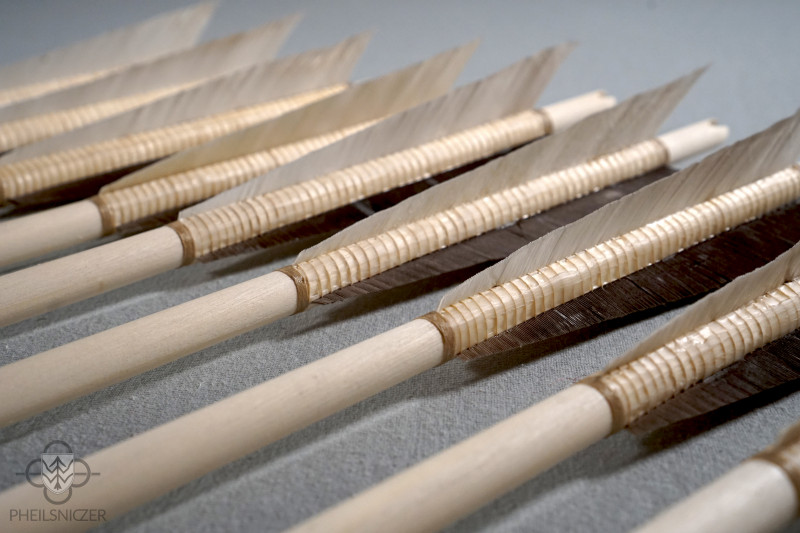 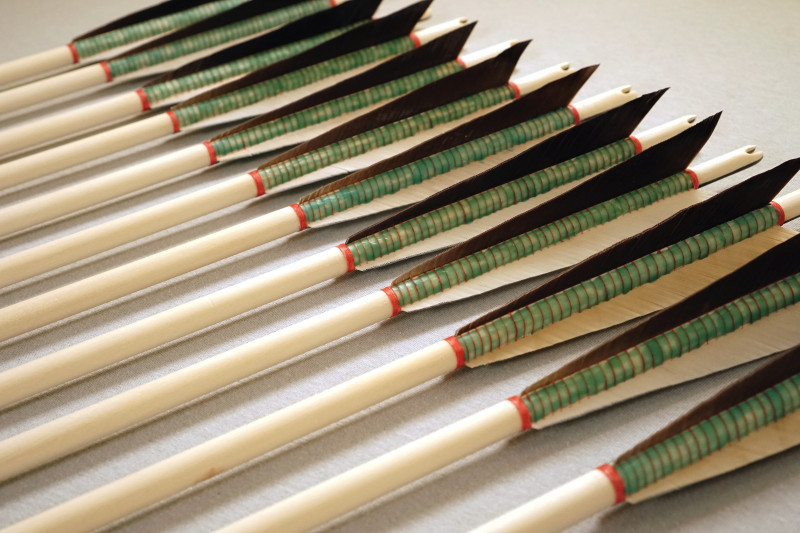 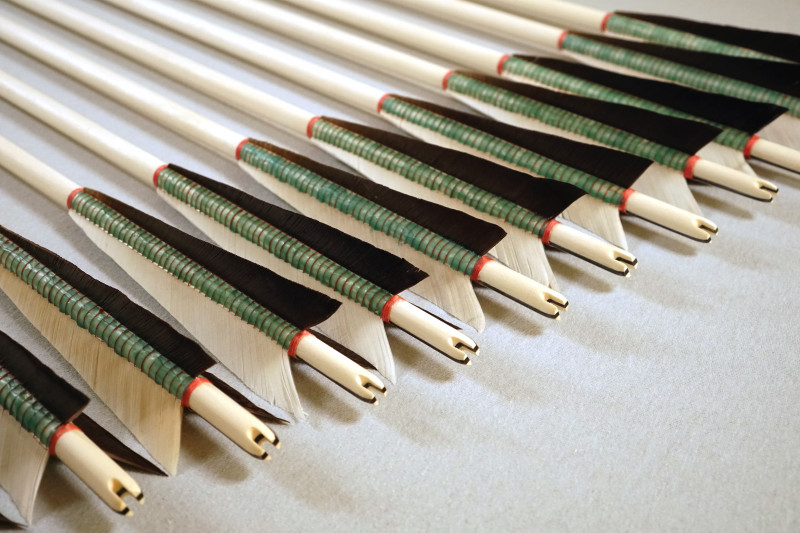 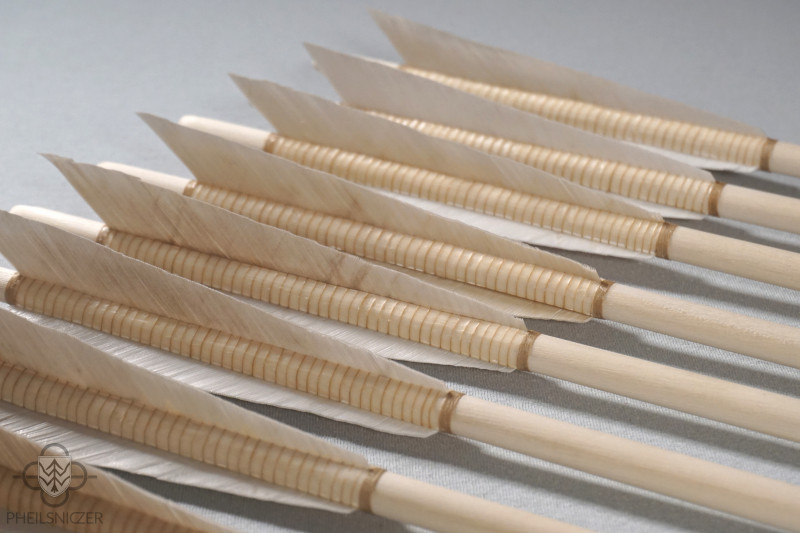 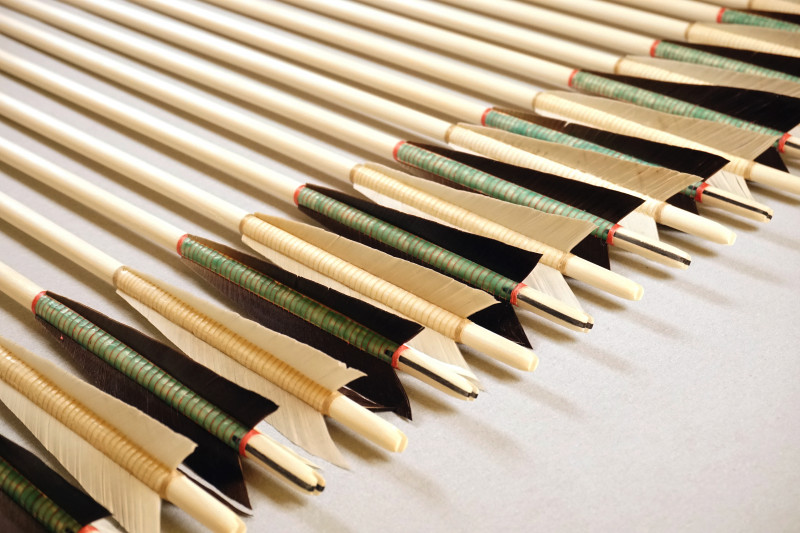 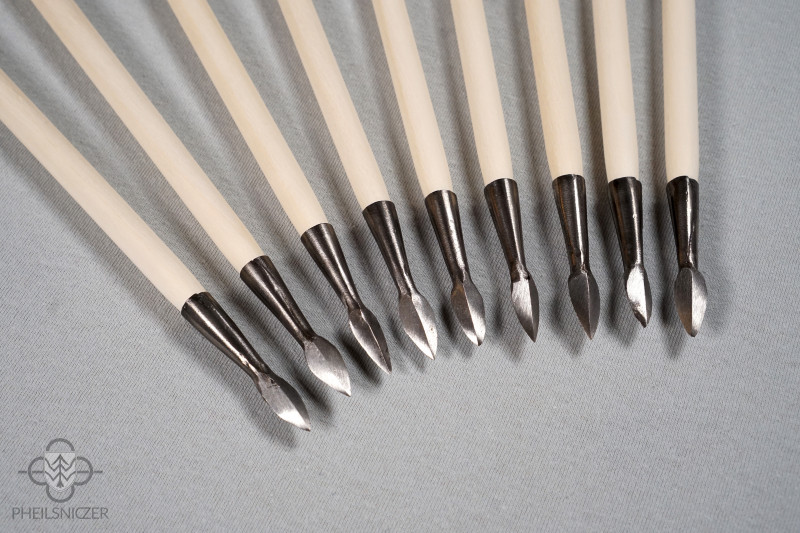 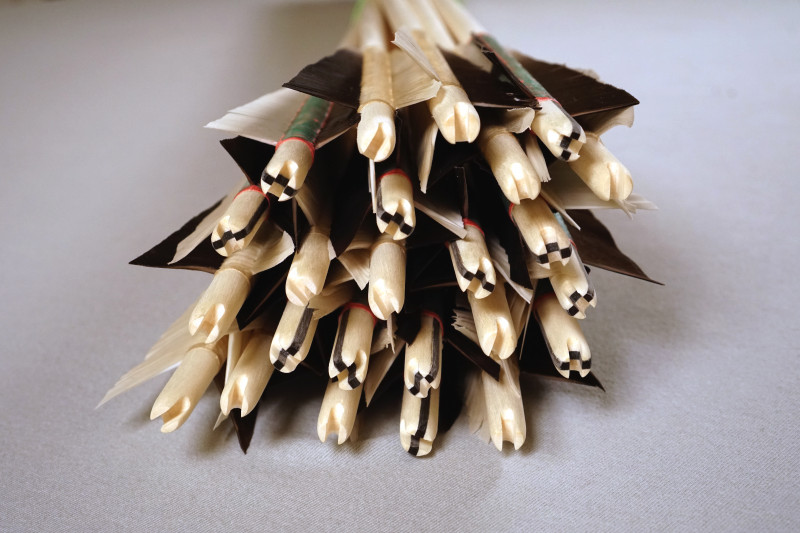 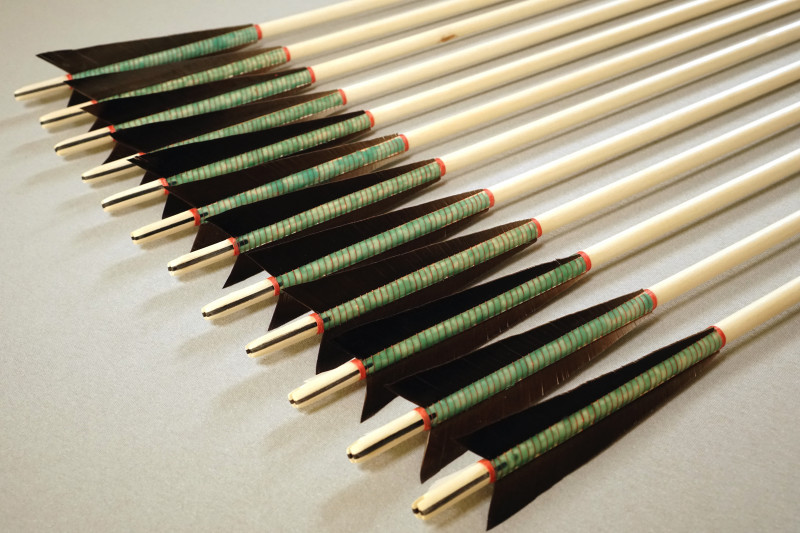 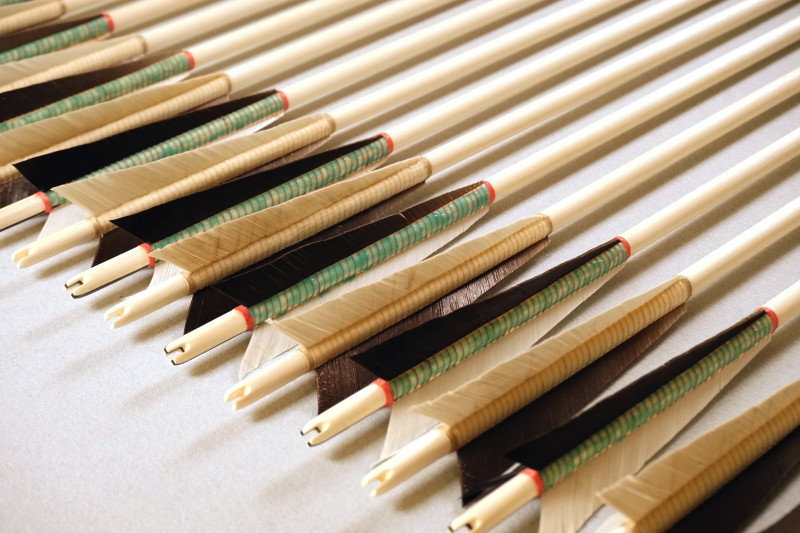 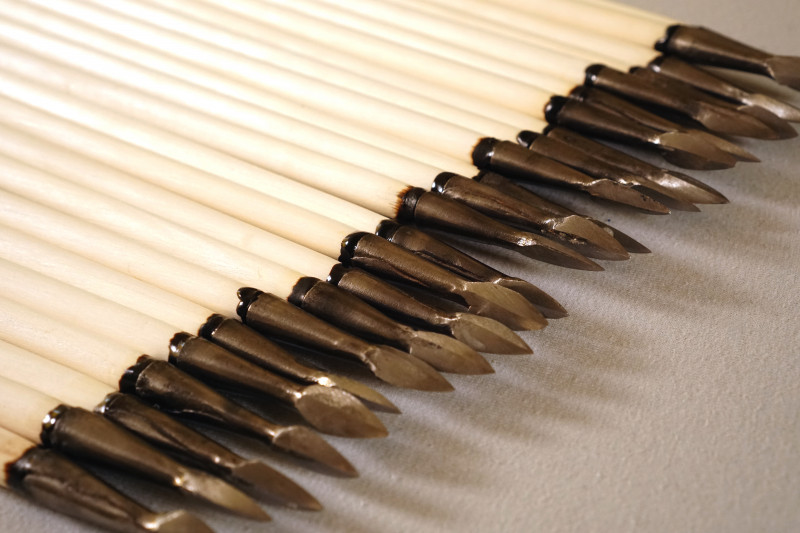