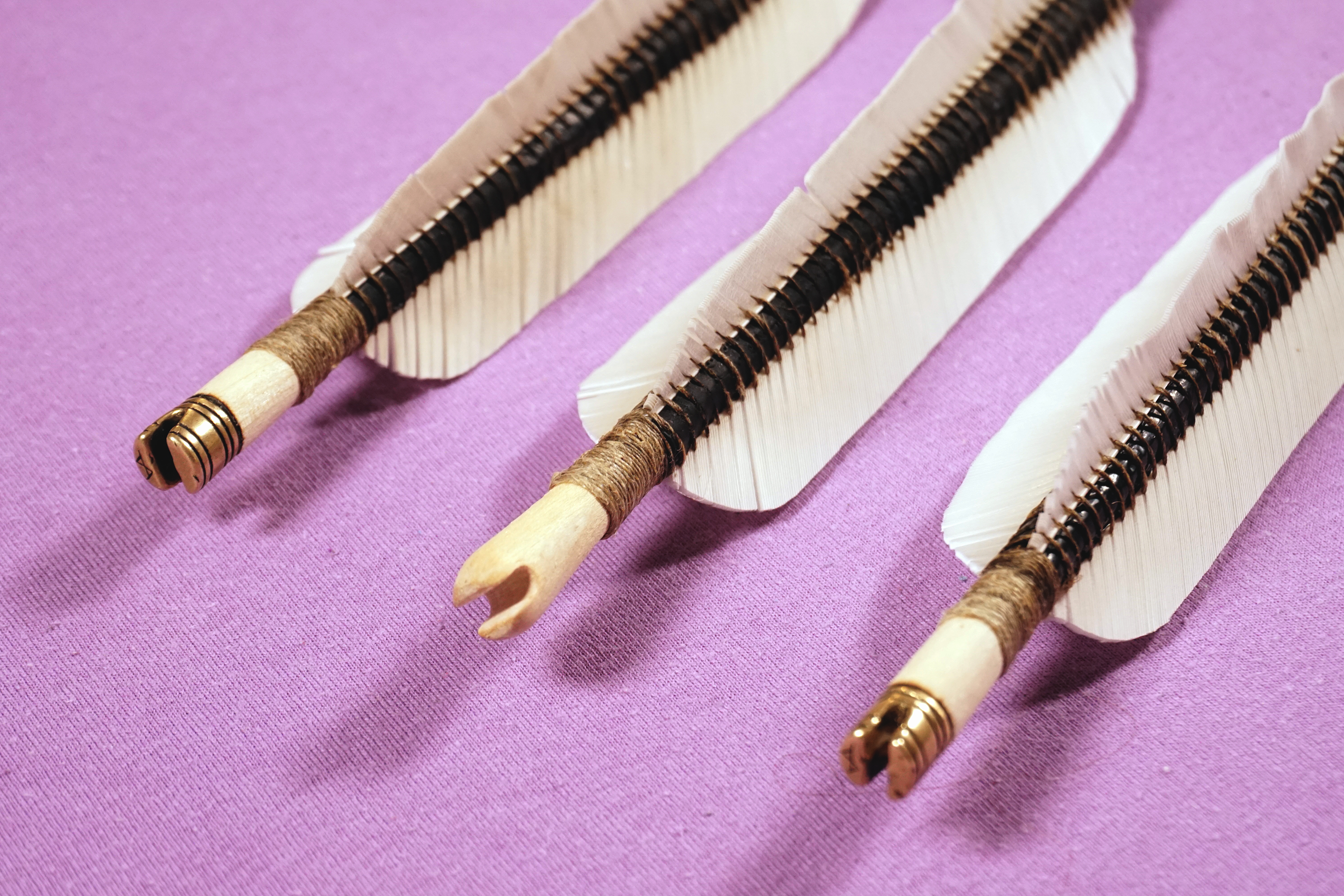 Thanks to excavations in Haithabu, we know the elements of Viking Age arrows and can therefore reconstruct them very accurately. Especially the finds from a boat chamber grave give exact information and prove that the arrows from Haithabu were extravagant objects, which were meant to represent the owner's estate.  If it was previously assumed that archers within the Viking tribes belonged to the lower group of the society, the finds in Haithabu could clearly prove this wrong this.

Due to the fact that the archaeological excavations did not offer complete arrows, the approximate length of the birch shafts can only be estimated. They had a barrel shape, as was usual for medieval arrows, and became thicker again towards the nock. In addition to these prominent nocks, nine decorated brass nocks were found in the boat chamber grave, which were glued into the shaft end by birch pitch through a thorn. The same glue was used for fletching, for which the same procedure was used as for the arrows in Nydam. The feathers, whose kind is unfortunately not determinable, were pressed into the birch pitch and fixed by a twine. Thread and feathers are pressed into the birch pitch and are thus additionally protected from surface damage.

There is a wide range of tips to choose from, what most of them have in common is their construction for the attachment to the shaft: as thorn bullet tips it was necessary to drill a hole in the shaft to glue the arrow head with birch pitch into it. To prevent the tip from breaking out of the shaft, the outside of the shaft was compressed with wire. Brass, bronze or copper wire were chosen for this purpose, a detailed investigation which material was used is still pending. The beginning of the wire was wrapped over and finally twisted with the other end. This was done in single, double or triple sequences. 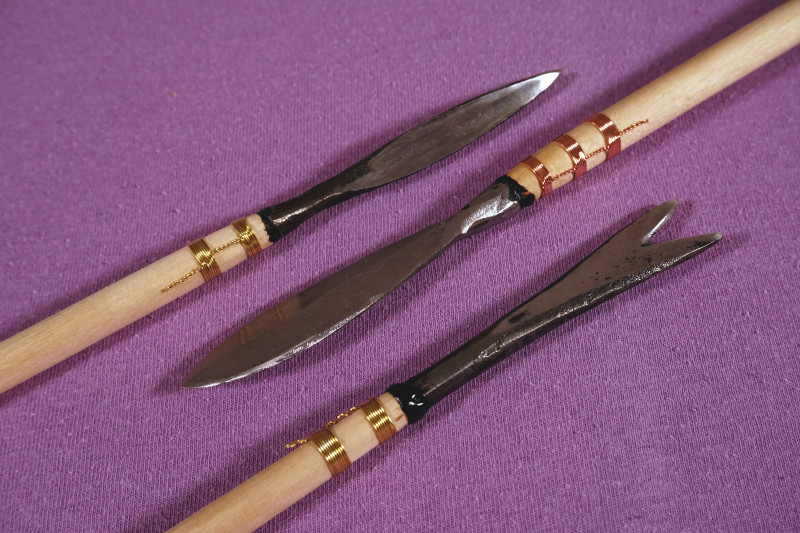 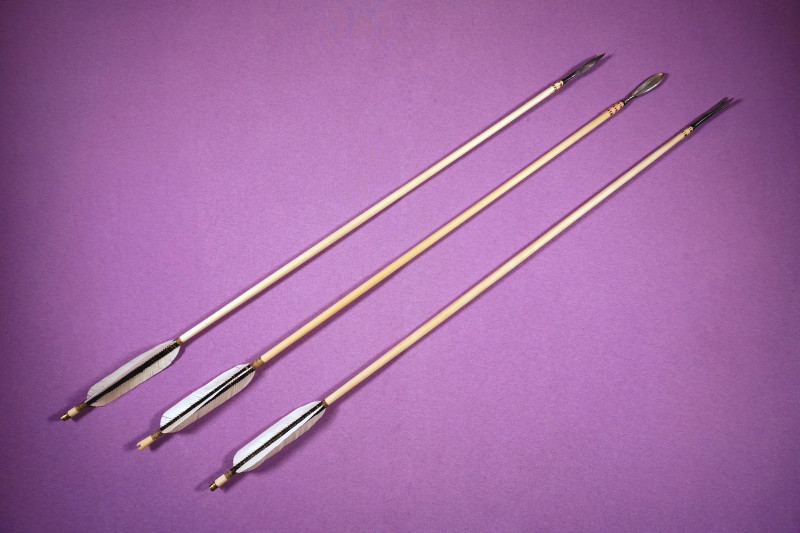 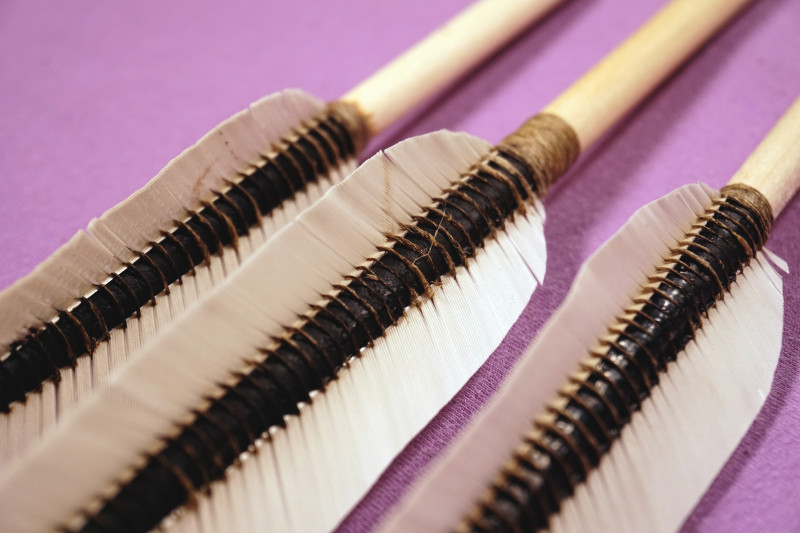 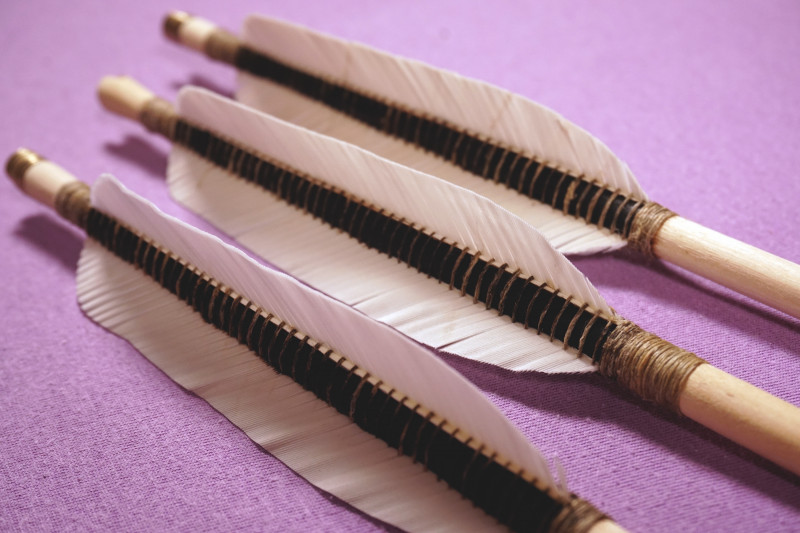 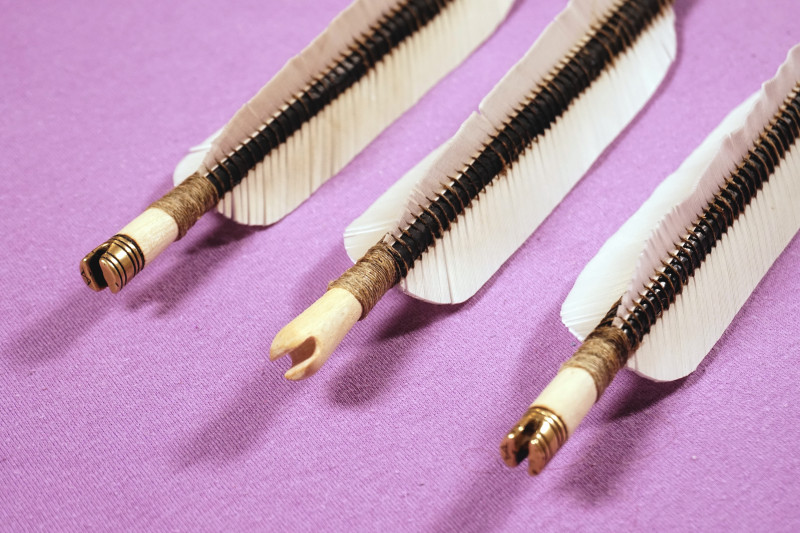