In the early 1460s, the Flemish painter Rogier van der Weyden painted a portrait of Anton Bastard of Burgundy, which shows a realistic depiction of an arrow. It is thought to commemorate the victory at the annual shooting festival of the Saint Sebastian Shooters' Guild in Bruges.

A shaft that becomes stronger towards the middle is visible, which makes a barrel-shaped shaft shape likely. The nock is specially shaped and strongly reminds of Ottoman models. Three modern looking feathers give the arrow the necessary flight stability. Two feathers are white, one with red color inserts. The third feather is black. Like the arrow on Boltraffio's portrait, this arrow does not show any winding. Based on the realistic representation, it can be assumed that the arrow actually had no winding. The tip is not visible and can therefore only be assumed.

The interpretation has barrel-shaped pine shafts with the prominent cams. The goose feathers (domestic goose and grey goose) were fixed to the shaft with hide glue. The interpretation of the reddish color inserts in the guide feather proved to be difficult. Since there are several pictures with color inserts in the feathers for the late Middle Ages, it must have been a practical method for the production. Nowadays, the feather splicing technique is used for such designs, in which individual feather elements with different colors are joined together to form a feather. It is possible that this technique was also used for these arrows. Another possibility would be the direct painting of these feather segments. However, depending on the color base, this would have an effect on the properties of the feather. For testing purposes I decided to use the second variant for this interpretation, but in future the next pieces will be produced with the feather splice technique. 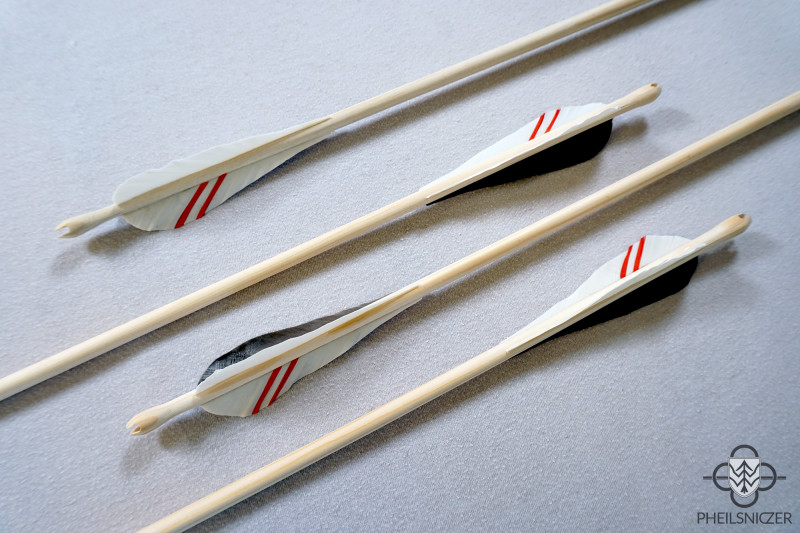 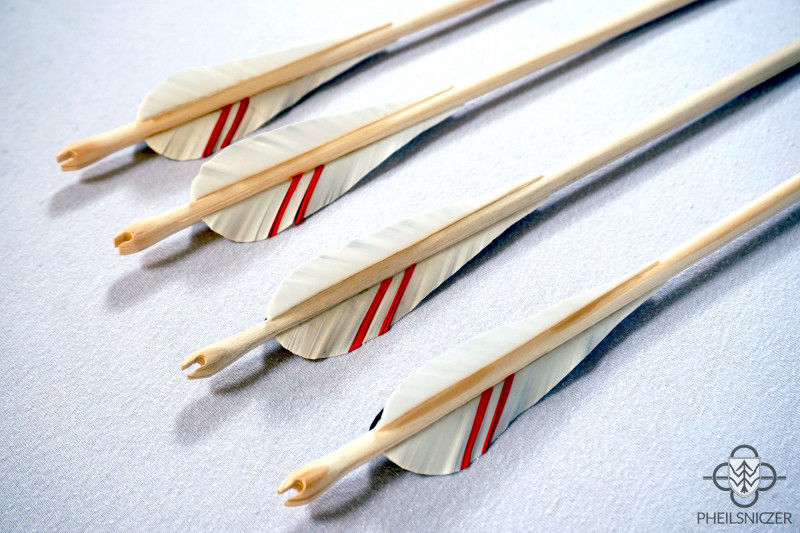